Anything we can do about it

Regarding to BBC News – who rely on a newly published report by the World Wildlife Fund and the Zoological Society of London – the populations of marine mammals, birds, fish and reptiles have declined by 49% since 1970. For tuna and mackerel the numbers are even worse…: 74%.  We all already know and experienced ourselves what the main causes seem to be: in addition to human activity it is overfishing and the climate change with the most impact.

“Human activity has severely damaged the ocean by catching fish faster than they can reproduce while also destroying their nurseries,” said Marco Lambertini, head of WWF International. 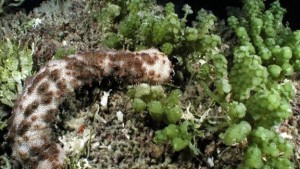 Living in a world of rising richness and poverty the wants and needs have changed a lot! More and more people are looking for luxurious food out of the sea on one hand and on the other for those who took what they could get from this never ending source – they experience the vast damage done by overfishing and pollution of the oceans.

Case study: since the sea cucumber is seen as food of luxury throughout Asia – it is significantly reduced in numbers: “with a 98% in the Galapagos and 94% drop in the Red Sea over the past few years.”

The study notes the decline of habitats – such as seagrass areas and mangrove cover – which are important for food and act as a nursery for many species.

Climate change has also played a role in the overall decline of marine populations.The report says carbon dioxide is being absorbed into the oceans, making them more acidic, damaging a number of species.

The authors analysed more than 1,200 species of marine creatures in the past 45 years. 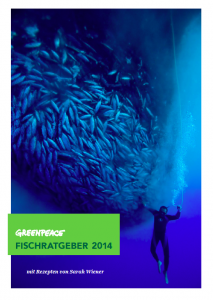 Advice about how often we should eat fish

Plastic garbage kills even the big ones

Become a Shepherd of the Sea